The most common surname mayor after the election 2010 is Hrčka

TRNAVA. The mayors of the three municipalities in the Trnava became a candidate in municipal elections Hrčka. In the upper, oak hitherto Mayor John, in the Upper j council deputy John, Lower Dubov Mayor Mark. All three villages are located in a single location, where some surnames occur in bulk, so no wonder, that there has been such a phenomenon. Ján Hrčka of bead (kandidoval for direction-SD) is even cousin John lump of Upper Oak (independent) and initially Krupa and former. Marek (independent) the two men only namesake. 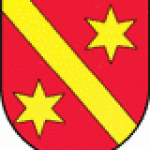